“Pain is in the brain” is by far and away one of my least favourite phrases and in my opinion unhelpful in understanding a modern view of pain.

Well, there are a number of reasons. 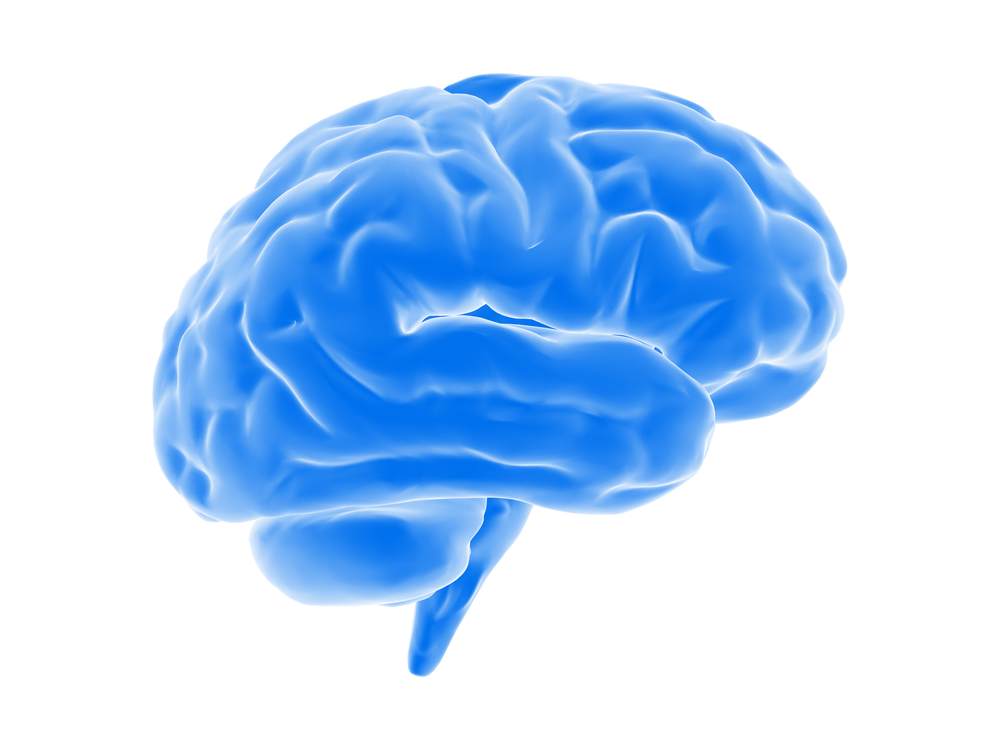 PAIN IS AN OUTPUT OF THE BRAIN

‘Pain is an output of the brain’ seems a much more sensible way to explain the pain process in my opinion. This allows a model that incorporates both inputs from the body and a modulation of that input in the brain.

The more pain persists then the more it may be driven by top-down rather than bottom-up influences although we must remember that we can get changes, or plasticity, in the nociceptive (noxious stimulus) or danger processing system further down the chain in the periphery and the spinal cord as well.

Stimulus (danger!) processing within the brain can actually be used to turn the output or emergence of pain down as well as up. We have cleverly named ‘on’ and ‘off’ cells in our rostral ventromedial medulla (RVM) that do just that. ‘Off’ cells exert descending inhibition on nociceptive transmission while ‘on’ cells facilitate it.

There does seem to be situations where pain itself becomes more of a pathological process. Phantom limb pain is an example where potentially the mechanism for pain is more about the representation of the limb in the brain than nociceptive signals from the limb and is very prevalent with amputees at between 60 & 80% HERE it is also worth reading Melzack and Katz’s opinion on this HERE.

Harris has suggested incongruence between motor intention and movement as a source of pain HERE and sensorimotor incongruence exacerbates the pain of chronic whiplash sufferer’s HERE although this is not a consistent finding HERE.

Moseley & Valyaen HERE and Zusman HERE have both proposed coupling between proprioceptive information, pain responses and memory within the brain that no longer requires nociceptive input from the body.

HERE we see that the visual distortion of a limb can actually affect the processing of pain!

These pieces of research and theory help us understand that pain is a complex process and a ‘pain’ signal is not just simply relayed from the body but it also does not mean that pain is only ‘in the brain’.

So if someone was to ask “is pain in the brain?” My answer would be no, it is much more likely that it is a complex interplay between bottom up and top down influences modulated by many factors and that the sensitivity of the systems involved in the experience of pain has the potential to change over time at peripheral, spinal and cortical levels.

Some might, and have, suggested that this is simply semantics. I would agree completely with this because semantics matter. How people interpret meaning is a huge great big deal when it comes to pain and to not recognize that is a problem. This is a great paper by Darlow HERE and another by Barker HERE

‘Pain is in the brain’ seems open to being misconstrued by those in pain and also those who realize it has a great deal of its genesis within the body too.

IS THE ‘ISSUE IN THE TISSUE’?

Is the ‘issue in the tissue’?

An example might be if I go out and run a bit more than my body is used to and the normal reparative processes, such as tissue regeneration, becomes replaced by a different cellular expression such as pro-inflammatory chemicals like neuropeptides. This has been documented with tenocytes (fibroblastic like cells) as they transduce mechanical force (mechanotransduction) into cellular processes such as the expression of substance P potentially creating a peptidergically driven inflammatory state in the tissue HERE and HERE we see an elevation of substance P in vivo in response to load.

So we may have a situation where the local tissue state is chemically sensitized due to activity, perhaps previously under loaded tissue and this could potentially be turned up by changes in sensitivity in the systems involved in pain peripherally, spinally or cortically dependent on individual previous pain experiences.

PHYSICAL CHANGES IN THE EXPERIENCE OF PAIN

Changes in the systems involved in the emergence of pain don’t have to be ‘in the brain’ either. The subcortical bits can play their role too with actual physical changes occurring to the peripheral nervous system (PNS) within the tissue. These changes to the PNS include an increase in the number of ion channels in the terminal endings of nociceptors making it easier to get sodium ions into the cell, depolarise it and send a signal (action potential) to the CNS. We also see an increase in the number of receptors and previously silent receptors becoming active.

The signal processing at the dorsal horn can also be ‘turned up’ with more NMDA/AMPA channels making it easier for the peripheral signals to be sent up the chain and an increase in excitatory neurotransmitters, such as glutamate and aspartate, and a decrease in inhibitory chemicals such as GABA and endogenous opioids.

We can also get long-term potentiation of spinal neurons in response to repetitive stimulation or a sustained ‘volley’ of signals from the C-fibres.

Basically put, the more noxious stimulus we receive the more sensitive the dorsal horn becomes to it.

HAS THE PENDULUM SWUNG TO FAR?

That probably depends on your bias and opinion but if someone was to suggest that pain is solely ‘in the brain’ then I would suggest yes it has!

An inclusive model that allows physical, physiological, neurological and psychological processing changes probably fits with what we know about pain at this point in time. Sometimes the pendulum may have to swing big firstly to overcome the inertia of previously held beliefs and then hopefully comes to rest somewhere in the middle.